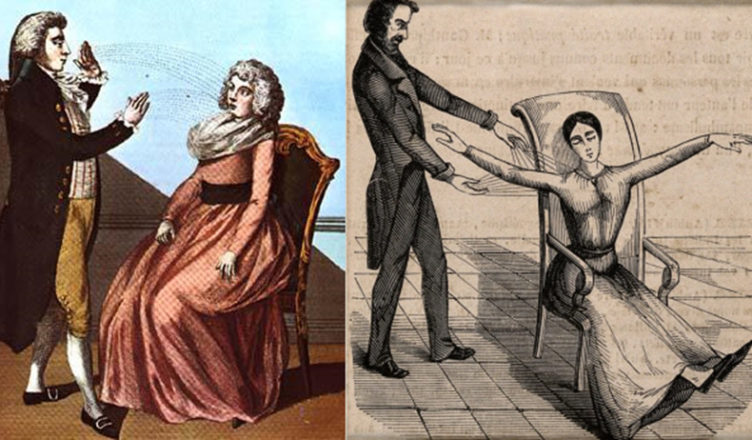 Mesmer’s method, also known as “Animal Magnetism”, was founded by Franz Anton Mesmer, a Viennese doctor in the 18th century, who treated about 8,000 patients in total. It is so famous that it is called “the father of modern psychiatry”. Originally a poor child from a village on the upper Rhine in Europe, Franz Mesmer was interested in astronomy, law and philosophy from an early age. When he grew up, he changed to medicine and became a medical practitioner of some renown. However, he finally married a rich woman and had enough food and clothing, so he seldom saw a doctor and spent most of his time enjoying himself or studying astrology and astrology. 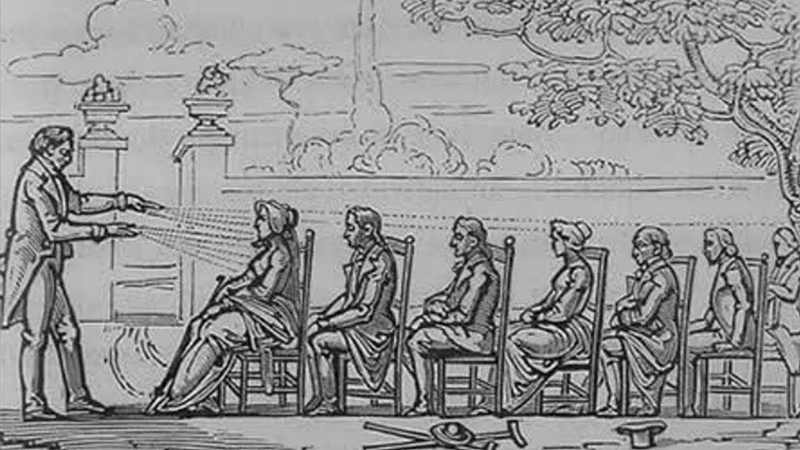 One day when he was wandering in the street, he saw a large crowd of people surrounding an old priest who helped people cure diseases with walking sticks. The magical “curative effect” made him curious and aroused his original interest in research and learning. After studying, he finally found that hypnosis could cure diseases. So he began to study the magnetic fluid theory, and finally to create a combined with astronomy, astrology, physics and medical treatment of art: “Animal Magnetism Therapy,” people named this method “Mesmerism” to commemorate his achievements. 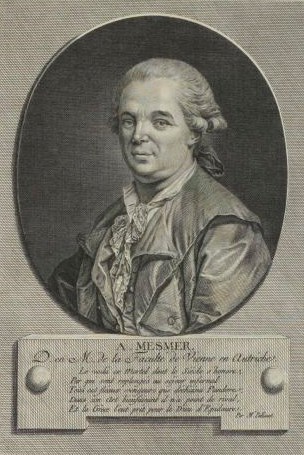 In order to enhance the hypnotic effect, he not only arranged the site with atmosphere, but also made a set of black leather clothes made of hand-made, high-grade animal leather to strengthen his “animal magnetism (concept is like modern people wearing negative ion health clothes)”; Through the metal scepter in his hand, he introduced his “animal magnetic fluid” into the body of the patient to repair the magnetic field of the sick patient. His particular form and treatment (or ritual), even now, seemed both dazzling and cool, adding to the dazzled charm and therapeutic effect, especially when many women were suffering from hysterics that therapy almost healed them. In addition, he did not care about the medical expenses, and even traveled around treating the poor for free. Therefore, there was an upsurge in the circle of ladies at that time, and there were always a lot of people asking him to do hypnotherapy. It was a bigger success than today’s stars, and was known as the “Mesmer Whirlwind”. 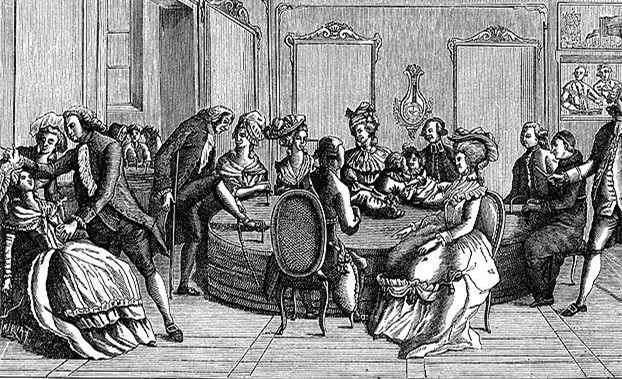 In order to treat so many patients and relieve the pressure of so many of his patients, Mesmer once again uses his “therapeutic art” and “creativity”. In the treatment room, he set up a large barrel full of steam, with a stake erected next to it and connected by a rope, while the patients sat around the barrel. As a result, when Mesmer touched a patient with a metal rod, he transferred physical magnetism to each patient. The warmth of the steam was already hypnotic, and with the addition of animal magnetism, hypnosis worked even better, and treating so many people at once created the miracle of group hypnosis. But it also drew protests from fellow doctors, since most of the other clinics were empty and barely viable. 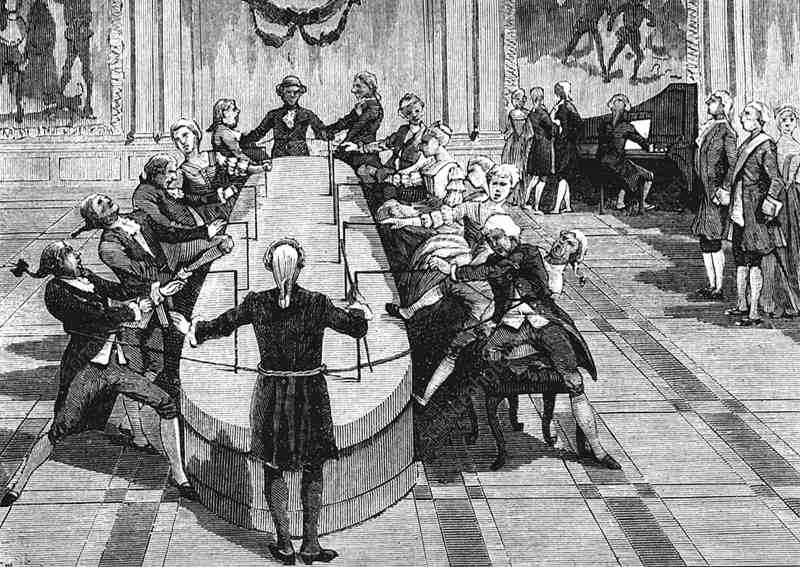 Mesmer’s theory of hypnotic “animal magnetism” was less accepted by western medicine at the time, which was heavily influenced by physics (especially Newton). Especially, his therapy is very popular among women, which makes it unacceptable for the medical community. Therefore, an investigation was carried out, and the results showed that Mesmer’s therapy only “makes patients feel psychologically effective”. The investigation committee also failed to detect any magnetic field in the human body, so it ruled that the Mesmer theory was not valid. 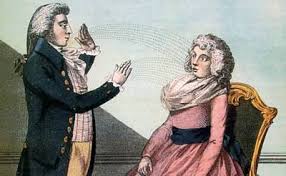 In fact, many subsequent studies have demonstrated that Mesmer therapy was prescient. For example, by the 20th century, “psychotherapy” had become one of the important methods to relieve emotional distress. Further scientific research in this century has confirmed that the human body has a “biological magnetism”, or “biological energy field”, “biological thermal field”, and can be detected, analyzed and interpreted by medical instruments. Some researchers believe that Mesmer used the concept of Oriental Qigong guidance when he wore animal skins to introduce his own magnetic force into the patient through a scepter, or when he touched the affected part with his hand and gave an imperative “healing” hint. The difference is that Qigong is similar to self-hypnosis, while Mesmer’s law is to hypnotize and cure patients.